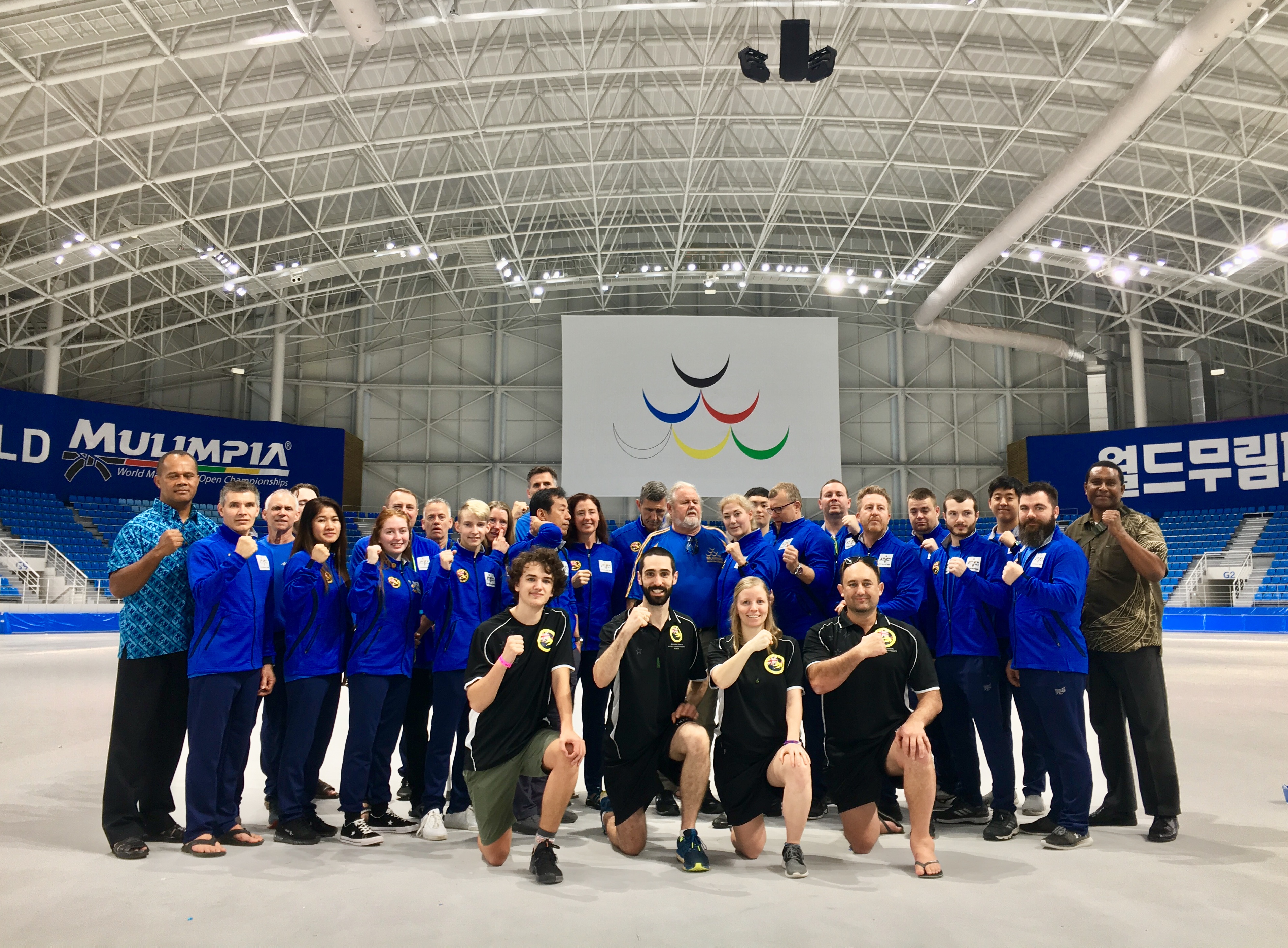 Almost $13,000 was raised in order to get Ashley and Danyel Degenhardt, Shayne and Noah Robinson, to compete against over 2000 other Haidong Gumdo Martial Artists from 50 countries around the world.

Danyel Degenhardt, the Head Instructor for the club, said, “Without the amazing support of our Community, especially our major sponsor the Whakatane-Ohope Community Board, this would not have been possible. We are so proud to have represented our country and Whakatane on an international stage.”

The first event was individual gumbup, or patterns. The competition was fierce, and each member missed out on the finals by only a couple points out of 300.

“The patterns were as diverse as the people from around the world,” Danyel goes on to say, “and what we learned will set us up to succeed next time.”

Shayne Robinson showing his form during the individual pattern event

Papercutting followed where you use a bamboo sword to cut a newsprint sized paper. 20 points per cut were given for accuracy and precision. Again, Team NZ missed out of the medal round, this time by just millimeters.

Ashley Degenhardt slicing her way through the paper-cutting event

Shayne and Noah were able to compete in a family event as father and son, doing their gumbup side by side in front of the judges. “It was a great opportunity to compete in a sport along side your whanau. To learn, grow and fight together as a team.”

Shayne and Noah on the mats together as Father and Son

One of the most dangerous and engaging events was bamboo cutting. Danyel competed in this timed event by making four specific cuts on two upright bamboo. “I completed all four cuts under 7 seconds, however one of my cuts went through a ring in the bamboo,” Danyel said as he explained how he was just shy of getting to the finals as well.

Even though Haidong Gumdo Team New Zealand did not bring any medals home, the trip was considered a massive success. The most important part of Mulimpia for all the members were the connections they made with people all around the world who share their passion for sword. People like Marcelo and his wife Ale from the Argentinian Team who didn’t even need to speak fluent English to make a meaningful connection.

It was also baby’s first Mulimpia as Ashley made the trip and competed at a high level in her events while 4 months pregnant!

Moving forward, the lessons learned through the seminars and competitions have fuelled a fire in the club.

“We have already begun preparations for Haidong Gumdo Oceania next year,” said Danyel. “Fiji is looking to host for the first time, and I want our entire club there!”